When David and I first got together there were betting pools on how long it would last. It’s not that they questioned him, they knew he was a good guy. Really, they had no faith in me. I don’t blame them (not a lot anyway), the summer before I met David was…busy. I wasn’t interested in committing to anyone for any reason. After just ending a 10 1/2 year marriage/15 year relationship, I was pretty certain that it would be best for me to not get attached.
But who am I to be certain about these things?
David’s awesome! He’s kind and smart and sweet and he can lift me up so I can touch the ceiling (but not often!). Of course I spent the first year wondering what the hell he saw in me, a spastic weeble with poor housekeeping skills and a seemingly bottomless capacity to make poor decisions.
I’ve learned to accept and not question. I’ve learned that he stays with me because he wants to stay. It doesn’t matter what I know or understand. 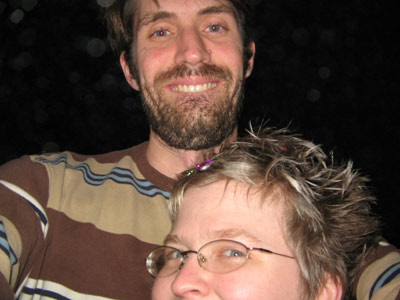 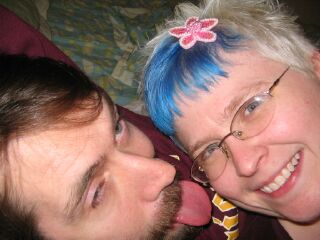