I was laying in bed watching the moon move across the sky (hooray insomnia!) when there was a loud BANG SCREEEEEEEEEEEEEEEEEE!!!
I sat up and said, “there must have been an accident”
David rolled over and replied, “what….mumble”
“That loud bang and the screeching tires”
“I didn’t hear anything”
We got up and headed to the living room to see what was what. Oh yeah, there had been an accident all right. A ford bronco had hit the hell out of a parked minivan. I made fun, colorful diagrams for you. I can’t make fun colorful diagrams very well, so bear with me. 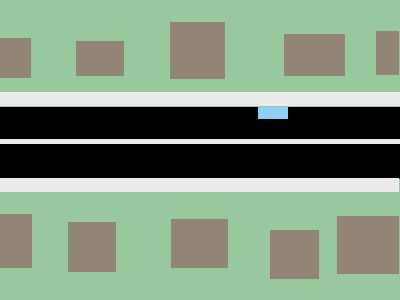 This is my happy, neighborhood. My house is the one in the center on the bottom row of houses, the blue box is the minivan, resting quietly. 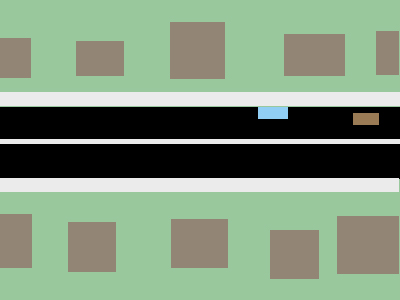 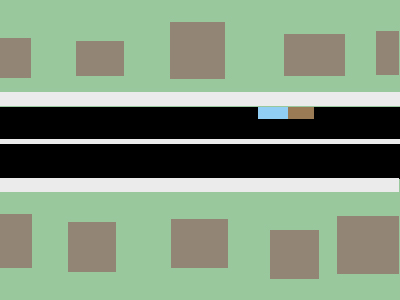 BOOM! he hits the minivan straight on from behind. (unrelatedly, I’m watching a male sparrow flirt with 4 female sparrows) 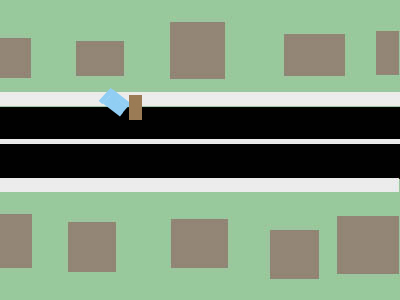 SCREEEEEEEE! They end up way over there! He didn’t hit the brakes until after the collision, no braking before impact. Luckily he was wearing a seatbelt, or he would have ended up in the back of the minivan and also have ended up dead.

Many people had run out and they discovered right away that the doors were jammed shut, no way to open them and get him out. The firemen got there first. I love firemen. Hot. It was all flashing lights and running around and the firemen were trying to get the door open. Muscles weren’t working so they tried some sort of big pry bar and that didn’t work.
And out came the axe!
They took turns axing the hell out of the door! AXE AXE AXE! then try the pry bar then AXE AXE AXE!
Then the ambulance showed up and they wanted to help, but it seemed that the firemen did not want to share their axe. If I had an axe I would not want to share it either. The cops showed up and then it was also yelling and flashlights and exponential chaos. Seriously, the cops were way more chaotic. Also, the sparrows are ready to get it on.
Finally they pried the door open and the driver actually stepped out. He was very shaky and they got him on the ambulance rolly cart and strapped him down and popped him into ambulance. Obviously, he must not have been too terribly injured because the ambulance just hung around and hung around and then started to go but stopped by the cop car and they talked for a good while, probably comparing salad dressing recipes.
The cops hung around after everyone left, so we went to bed again. 30 minutes later the tow trucks showed up to haul it all away. It’s a noisy proposition to get two busted up cars out of the way. I did really want to make a colorful picture of a fireman with an axe, but I really have no talent.
Being that I’m trying not to be judgemental and I am trying to give everyone the benefit of the doubt, I am not going to just say the driver was way drunk. I’m going to assume that maybe he’d worked 16 hours today and was dead exhausted and fell asleep or he had one of those diabetic woozly things.