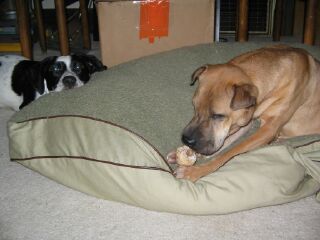 So, a few years ago I was wondering if I might like flannel sheets. On one hand it seemed like a nice, cozy idea for Minnesota winters, on the other hand, they might be too hot for this girl who occasionally turns into a little furnace at night.
Target had some flannel sheets on super clearance and it was decided that this was the best way to find out. I could get the warm, flannel sheets and if I did not liek them then I would not be out a lot of money. Turns out I did like having the flannel sheets in the winter, they were snuggly and warm and very comfortable. They unfortunate side, though, was that they really only put the sheets that no one likes on ultra clearance. If people liked them, then they would sell and would not need to go on ultra clearance. These sheets are ugly as hell. Bad pea soup green with ducks, duck hunters and hunting dogs splattered across in some incredibly ugly motif. These are the kind of sheets an autistic hunter would love.
They’re ugly as hell.
What does it mean that I saw those same exact sheets used on the set of internet porn? What is the world coming to when production values at porn houses fall to cheap clearance bedding that looks awful on camera. What does it say about me that I share this in common with them?