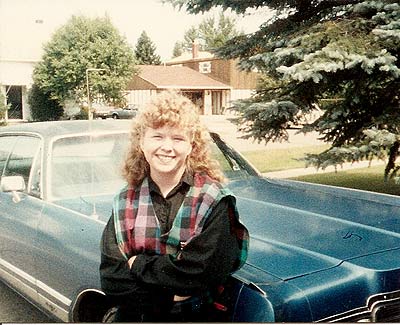 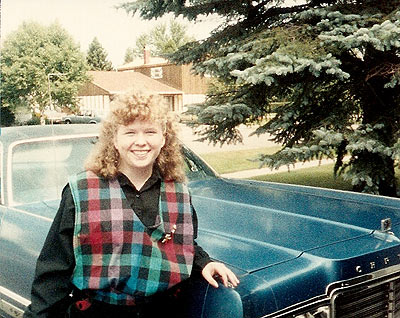 There are no words. Seriously. I can only apologize. Where do I begin? with the perm? the clothes? the chrysler? if I recall correctly, that was a little jumper like dress. I’m sure I was wearing black flats and white socks with it because I was that kind of girl. 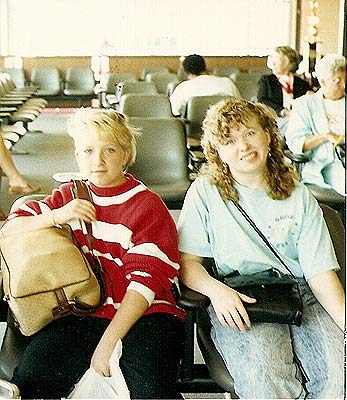 More perm madness and by the looks of it, this perm is…FRESH! Check out the acid washed jeans and the baggy t-shirt. I’d give anything to know what product I was hyping on that t-shirt. I have no idea why we were at the airport in the photo. 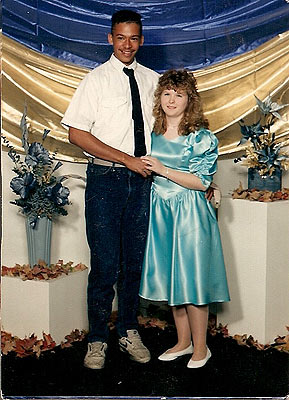 High school, 11th grade homecoming dance, Jason. Aw Jason. He’s the fucker that stole my Harvard sweatshirt. Asshole. When I think about my dating life and the relationships I have held I sometimes think of him and feel lucky. Not lucky in the sense that I was lucky to date him, but lucky in the sense that I was smart enough to see what a dick he was. He was so damned charming. He oooooooozed charm, it was way seductive, but he was an asshole and had I stayed with him I’m sure they would have made a Lifetime Original Movie about us. As it was, we dated off and on throughout high school, much to the chagrin of my parents who knew he was trouble. Um, also, white flats! Who the fuck wears white flats with a seafoam green dress? 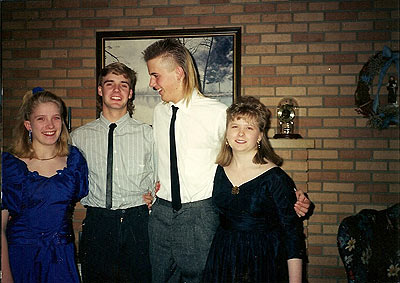 Just another shot of the amazing mullet featured in a previous post. That’s some wicked mullet action. Jesus, I feel lucky knowing nothing happened with this dude either.

4 thoughts on “The hair…it follows you in your dreams”