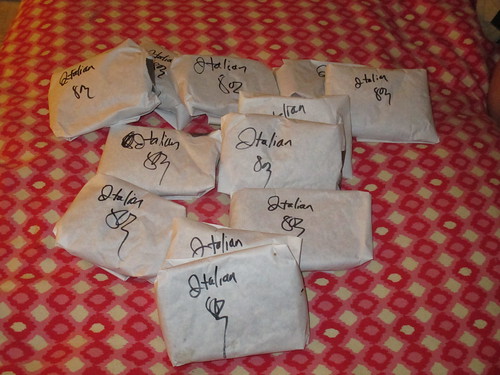 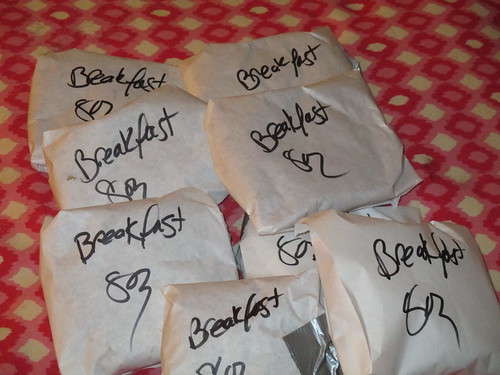 Corned beef! I want to write it all out in exclamation points. CORNED BEEF!!!

I made reubens and they were exclamation point fantastic. I used the recipe from Ruhlman’s Charcuterie, corned beef page 65 and pickling spice page 68.

The meat counter had brisket on sale so I popped over and asked for 5ish pounds. The guy behind the counter is not a butcher and did not really know how to deal with a full brisket. He didn’t separate the plate before cutting. He got me a 6 pound slab taken directly from the center where the plates overlapped. This meant I got that great slap of tendon running right through the middle. I considered trimming it myself but then I would have been left with two thinner slabs of meat and this is definitely the kind of thing I wanted to do with a honking chunk.

Made the brine, poured everything into a 2.5 gallon ziploc and fridged it for 5 1/2 days, flipping every 24 hours. I took that time to practice my rye bread.

I hated rye bread as a kid. There was nothing grosser than eating a good sandwich and having an entirely unexpected caraway seed explode in your mouth. Actually, onions and mushrooms are grosser, but…you know. I worked on my caraway seed acceptance by making cheese crackers with caraway seeds. It worked. I can deal with caraway seeds even if I am not a huge fan of them. 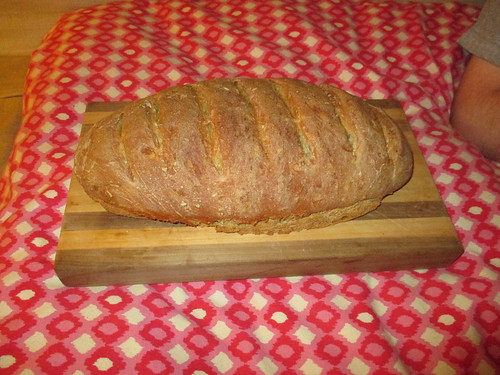 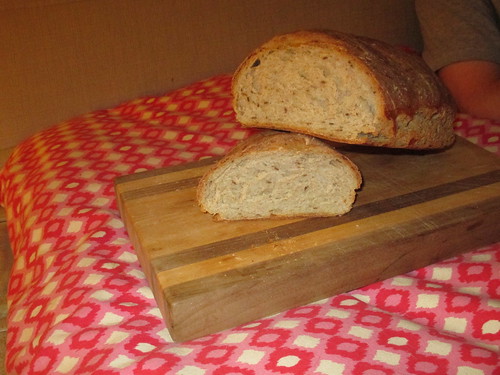 You know what? It was good. A little underproofed and therefore a bit dense but for a first trial run I was very happy. Still trying to find the sweet spot on the oven dial. The oven cooks hot but not consistently above temp. I’m running anywhere from 10-25 degrees hotter than I’m setting it for.

A couple days later I did it again.

This is where my camera decided to crap out on me. Pictures were taken with my phone. My phone is made from old shoes and lost dreams and its quality can be seen in how crappy the pictures are. I’ve got my camera working again, my phone has just continued to decline. 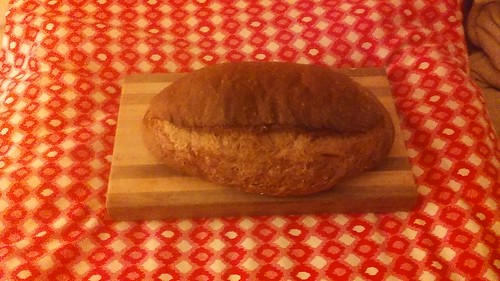 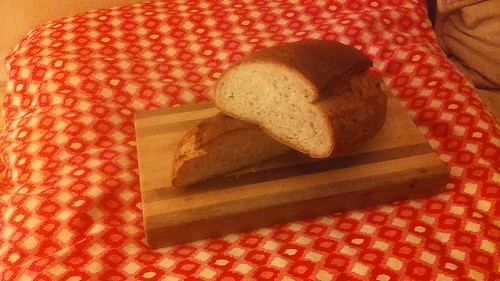 Definitely better on the second try. Good chew, good flavor, not as dense as before but could have been given another 30 minutes or so to rise. Underproofing is my weakness. I’m so afraid of overdoing it and having it fall that I just cause the same problems but in reverse.

Went with a batard rather than a round loaf because I find round loaves to be futzy when I’m making sandwiches.

The day came to cook the brisket and I realized it was a good thing I upgraded from the 6 quart to the 8 quart Instant Pot. Six pounds of brisket takes up a lot of room. I rinsed the meat off and threw it in the Instant Pot with fresh water and 2 tablespoons of pickling spice. I used the slow cook function and let it go about 4 hours. Probably could have pressure cooked it but for a first time I wanted to stick to the recipe as well as I could. I was definitely worried about that huge tendon in there. As the day went on it just kept contracting itself and getting stiffer. After 4 hours I turned the temp down and let it go for 2 more hours. I pulled the meat out and let it rest about 45 minutes.

I used the Russian Dressing recipe from Epicurious. I didn’t have the time to make my own sauerkraut so the sauerkraut and swiss cheese were both store bought.

Then I sliced the meat. 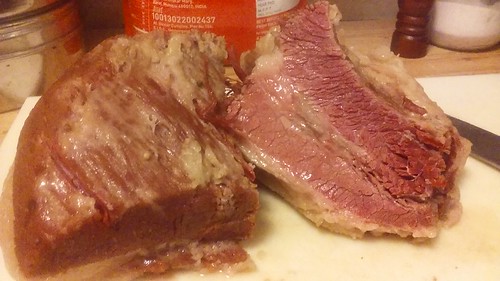 You can see the tendon there running through the middle. I’m glad I kept it in for an extra couple of hours. The collagen just about melted out. The mouthfeel was amazing. The meat was not in any way dry or chewy, it was full of flavor and the texture was better than I could have hoped for with a first brisket.

When you couple the pickle spice mix recipe with the super fresh spices from Penzeys you get a spice blend with a lot of flavor. You could really taste the allspice and cloves in there. The real problem was the saltiness. It was very very salty. Not inedibly salty, not by a long shot but still it’s something I’ll to figure out before next time. The brine is at about 12% salt solution, I might bring it down to 10% and see how that goes. 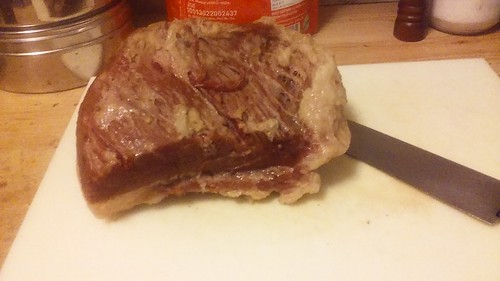 The meat was rich, that’s the best word I can use to describe it. It was full and rich and a little overwhelming. I wanted to just cram those sandwiches full of corned beef, I wanted to make big monster sandwiches! But I really couldn’t, we’d have fallen into some sort of meat coma if I tried. 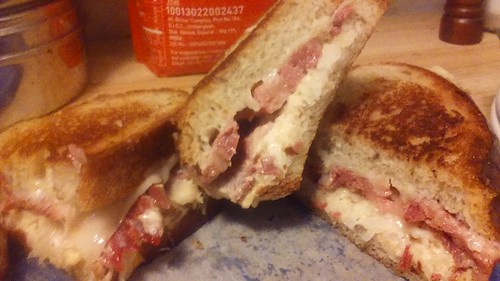 I’m counting the whole thing a huge success (except for the saltiness, we have to work on that). The best part is that when it cooled, half went right into the freezer. We can do it all again.

And next time I can tell you all about my bread superfailure!