Dear C
That is a lot of typing! wow!
I don’t know anything about being a lawyer or how the lawyery job market works or how one might ‘work their way up the lawyer ladder’. So maybe there is some lawyer related reason why you should keep this job, I don’t know.
This is what I do know. The point of having a job is to trade your time and skills for money so that you can get the things you need and not have to worry about hunting AND gathering AND making flint arrows AND building your hut. You trade your time and skills for money and then you give that money to other people in exchange for their time and skills and products.
The whole system was set up to simplify things. Throg is no good at building a nice hut, but he can make awesome loincloths. Juni builds good huts but has all the loincloths she need. So they invent money as a basis for trade and then Throg can relax because he can now get a good hut built and Juni can bargain for something that the village has standardized so she doesn’t have to figure out how to offload a pile of loincloths in order to buy tasty mammoth jerky.
Everything is simpler and easier.
So why have we made it so hard on ourselves? Obviously a job isn’t easy or it wouldn’t be worth the trade for money. But on the other hand, I cannot think of a good reason why a job should be disliked to the point of making you ill. How is that worth it?
Is there a light at the end of the tunnel? can you see the light? are we talking about ‘toughing it out’ for a few months or a year but you can definitely see where it is headed and the place it is headed looks good? Or is this a matter of toughing it out and maybe things will slowly get better but there’s no real good way to calibrate ‘better’ and it’s not like your stomach is going to hurt less?
If you don’t want to be a lawyer, if your job makes you so unhappy that you get sick then stop! No, it won’t be easy. In fact it will probably be a bit of a struggle, but if you think about it, that struggle will be less worrisome than what you are currently dealing with.
Dear Auntie BubboPants,
I recently moved to a new area, and started a new job ( about 4 months ago). Long story short: The job is NOT a good fit for me at all. My supervisor is very nice and helpful, my coworkers have all been great. But the workload is INSANE! It is in the human services field, and I know the workload cannot and will not be changed. In fact, I honestly feel I am doing the clients a disservice because I cannot give the kind of service the clients deserve because of the workload.
I do not want to be a “job-jumper”, but I go to work EVERY morning with a huge knot in my stomach. My question: Would it be better to grit my teeth and stick with it for a year ( That’s my internal minimum time frame that makes it kinda not job jumping), or knowing that this is the way it is going to be, just cut my losses, and start looking now? My gut is telling me to start looking, but I wanted an outisde opinion.
nonsigning chickenbutt 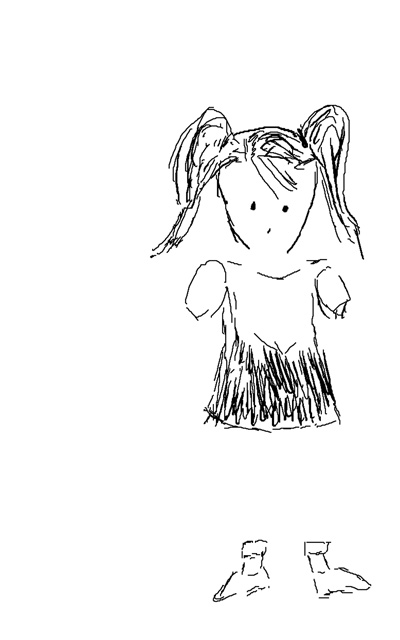 I was flipping through yesterday’s paper and came upon an ad for the local grocery store. A large banner was proclaiming “PORK IS SAFE”. What? Has there been some concern with this nation’s pork supply?
As an aside: Yes, yes there is something wrong with this nation’s pork supply but it is still safe. In fact, some of the very issues related to the modern pork industry are exactly why it’s so safe. Pigs are now so fragile and so unlike real pigs now that they live in these weirdly sterile environments suspended over a lake of toxic shit. There is about 12 inches of dead air between this amazing dichotomy. Sterility to the point of fragility above, overwhelming toxicity below. Incidentally, the next time you eat a mass produced pork chop close your eyes and think of pee. Really! Do it. Just once. That weird flavor you’ve been covering up with sauces and brines? Ammonia! You can’t live over that much physical effluvia and not absorb the gases. Next time, take some care and buy small farm pork.
But that’s neither here nor there.
Of course the pork supply is safe. Why do we need a big old ad telling us….
oh…right….the ‘swine’ flu. They took out a great big old ad to assure people that you can’t get the flu from a pork chop. Ads are expensive and I imagine they would not have placed the ad unless this was a real issues with consumers.
Holy 12 pound pig shit on the floor! Seriously? Enough people believed this that pork sales went down? I do not have words for this, I really don’t. Is the general pork buying population so lacking in basic science that this is an issue? Sure, in Afghanistan they quarantined their only pig against the possibility of it just spontaneously developing the flu….developing the flu in a strain that can transmit from pigs to humans! I think it’s pretty easy to see that education in Afghanistan has been a pretty sketchy proposition since 1979. Basic biology might not have been a big priority. Egypt? Well, yeah, pig slaughter but it’s pretty obvious that’s more about politics and religion than anything.
But here? HERE? Really? Well, this is a nation where we debate the scientific merits of religion and people actually believe that the philosophy of creation should be taught in the science room. maybe that’s the problem, a systematic unraveling of logical processes, a discounting of scientific method and rational thought. Teaching creationism isn’t about promoting a religion, it’s about teaching blind acceptance. No evidence, no experiments, no hypotheses, no proofs, you just accept that this thing happened.
Things get dumbed down over and over and I guess it is little wonder that someone is dousing the spare ribs in Thera-flu and chicken soup.
Well, thank god they’re cutting education funding again in the state! Holy crap! Who needs education funding? We’ll just send out monthly newsletters based on whatever current panic is in the news and just tell people what to think.
This is why I drink so much Blue Moon, people! I have no faith in the future! I fear I’ll be walking through the refrigerated section to find an exorcism being performed among the fish in order to the Salmonella Demons from attacking the eggs and perhaps little altars to the Gods of the Complete and Balanced Breakfast will be erected by the Cheerios.

that i
darnk a lot of coffee, ate pancakes with Owen, bought lawn bags, 409 and barkeepers friend from the Home Depot*, enjoyed the sunroof, mailed 2 packages to customers, made some flowers from recycled sweaters,had some ice cream, watched some Doctor Who (9th Doctor, debated the relative merits of the Doctor vs Cap’n Jack), drank 2 beers, made a little jellyfish minimini purse for the stargrrl (had to re-do the lining, I screwed it up the first time), ate 1/2 a quesadilla, walked the dogs, rearranged my schedule for the week, played some solitaire, and wondered why after so many years does Capital One think that maybe TODAY’S piece of junk mail will convince me to get their card**!
kind of in that order but with some overlap here and there.
Fascinating yes?
*it is my sincere opinion that Home Depot and HGTV have conspired to make every splitwiener in the land think he’s Bob Villa or something and this is why when I go looking at houses I just see one home after the other with half finished remodeling jobs and SCARY plumbing mishaps.
**I’ve gotten a piece of mail from capital one at least 4 times a week since I moved into this place in 2005. I am not kidding about this, I really am not.