I never baked very often. The precision was always a bit of a turn off. I like guessing and eyeballing and just knowing how it all works together. In deciding to take up bread making I knew it was time to get out the scale and get some accuracy in place.

Flour can be pretty erratic, how it’s scooped or sifted or compacted in its container can have a big effect on weight. I knew to expect that. I was pretty damned surprised by the salt, though. Everyone who cooks has a salt loyalty. You pick your salt, you learn it. You know exactly how salty a pinch of your salt is. I’m a Diamond Crystal person. I’ve used it for 2 decades, I know it. But what I know is how it works in small quantities, in applications where precision isn’t all that necessary. Pinch and toss it into a sauce or whatever. When I started weighing out my ingredients for the bread dough I found a huge discrepancy between volume and weight. To reach the correct weight I was hitting almost half again what was called for by volume.

I was suspicious but I followed the directions. The difference was crazy. There was an immediate difference in flavor and texture in the breads I was making. I had a chewier crust and a tighter crumb and the flavor… so much better. Years of bland loaves of bread and batches of buns rolled through my mind. I really should have started weighing ingredients years ago.

And if is important in bread then it’s doubly so with curing meats or making sausage. I got me a brisket and made up some corning brine and the difference between volume and weight for the salt was huge. Lesson learned, weigh your ingredients.

But that’s not the only thing to be measured and calibrated. My loaves have been coming out of the oven dark and with a bit of a hard, plank like bottom. Tried to adjust things a few times but not making much of a difference. Finally decided to get a damned oven thermometer. My oven regularly bakes between 15 and 25 degrees hotter than it’s set for. Dang.

My challah had a tough time of it. 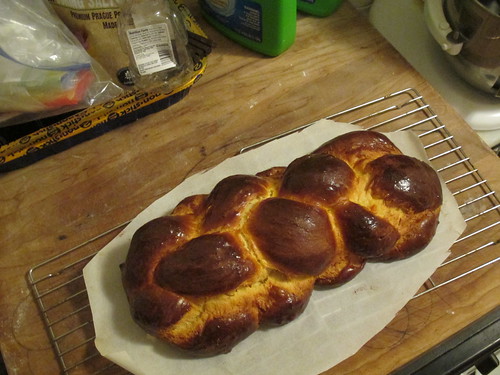 It was still delicious, tangerine and vanilla braid. Nice soft crumb but it was underproofed. 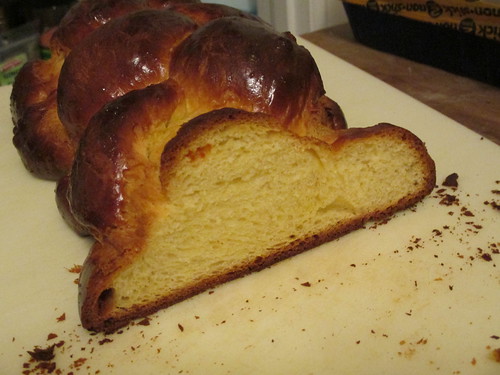 The high temps are not completely consistent, I’m doing a lot of fudging and guessing. I’m hoping to reach a compromise with the oven without having to draw an ass on it so I have something to kick the next time it burns my bread. 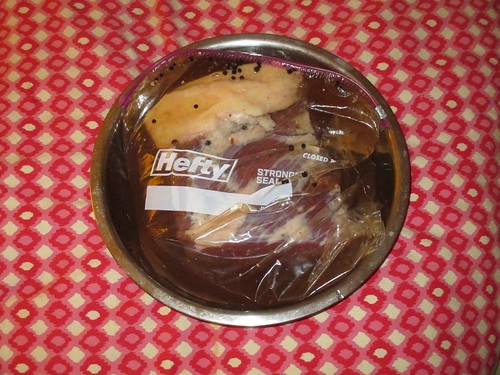 Brisket was on sale so I got me a 6 pound slab of ornery deliciousness. Brining it up for 6 days and planning on making corned beef next weekend. Homemade reuben deliciousness. I’ve never made rye bread before so I’ve got a sponge started for a practice loaf. I know it can be tricky. I won’t be making homemade sauerkraut, I didn’t plan ahead for that, but I’ll make the russian dressing and it’s about time to make more mustard so I might make up a horseradish mustard as well.